Toledo 70km south of Madrid, This is one of the most famous destinations for a day trip from Madrid. 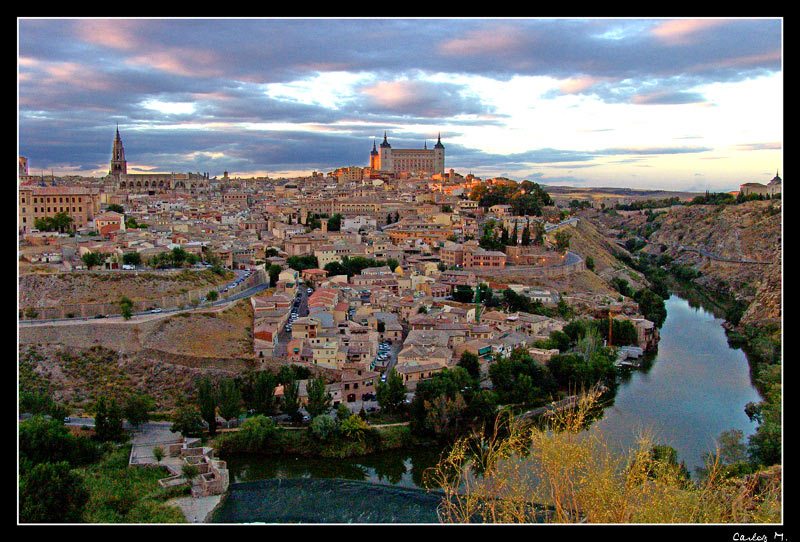 Founded 2500 years ago by Romans, the walled-city of Toledo, is known as the “City of the Three Cultures” due to Muslims, Christians and Jews living peacefully together in the 8th-11th century eriod

This mixing of Jewish, Moorish and Christian cultures made Toledo a haven for intellectuals and artists throughout the ages.

Walk back through history by wandering through Toledo’s maze-like medieval streets and by visiting its famous cathedrals, palaces, synagogue and art museums.

Since by law no buildings in Toledo can be modernized, you’ll easily imagine yourself transported back in time to Toledo’s heyday as the capital of Spain in the 16th century.

Toledo is a UNESCO World Heritage Site due to its blended architectural heritage from Judaism, Christian and Islamic features, its well-preserved state and its historic importance to Spain

OPTION B* Chauffeured full day tour : Private luxury minivan or Mercedes Car for up to 6 passengers+tour guide +professional driver during a 8h tours

OPTION C* TOLEDO AT NIGHT TRAIN TICKETS INCLUDED -The town looks entirely different at night, and becomes more magical in the evening light.13:50 Atocha Train Station/ 14:25 Our guide picks you up at Toledo Train Station / taxi* to central town / 3h walking tour around Toledo with a guide/ 17:30 Panoramic half hour tour by taxi / Free time from 6pm to 8pm for shopping or  tapas dinner/8pm  taxi* to the Train Station 20:25 Back to Madrid.

*Taxi rides  and lunch are NOT included in the tour price.